Independence Day was special in Boston in 2018 since America’s Ship of State, USS Constitution, made her first Fourth of July underway cruise in Boston Harbor since returning to the water from her three-year restoration. Make sure you book your tickets here if you don’t want to miss her this year! 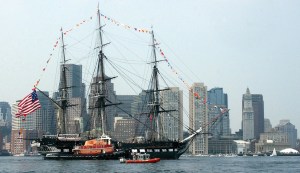 Launched in 1797 and named by President George Washington, the USS Constitution is the oldest commissioned warship afloat in the world and is based in Boston’s Charlestown Navy Yard.

Constitution is most noted for her actions during the War of 1812 against the United Kingdom, when she captured numerous merchant ships and defeated five British warships. Her victories at sea inspired a nation and helped mark the emergence of the United States as a world-class maritime power. During the American Civil War, she served as a training ship for the United States Naval Academy. The ship was retired from active service in 1881 and served as a receiving ship until being designated a museum ship in 1907. 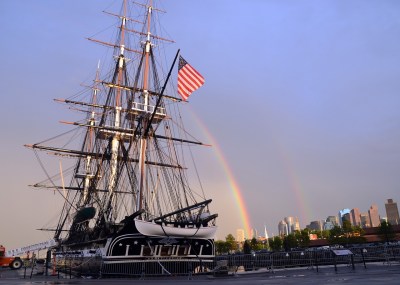 Constitution‘s stated mission today is to promote understanding of the Navy’s role in war and peace through educational outreach, historical demonstration, and active participation in public events as part of the Naval History & Heritage Command. As a fully commissioned Navy ship, her crew of 60 officers and sailors participate in ceremonies, educational programs, and special events while keeping her open to visitors year round and providing free tours. The officers and crew are all active-duty Navy personnel, and the assignment is considered to be special duty. She is usually berthed at Pier 1 of the former Charlestown Navy Yard at one end of Boston’s Freedom Trail. 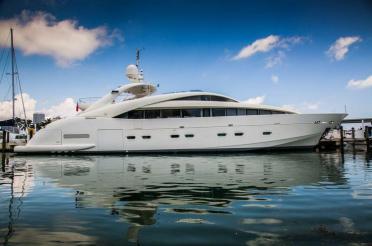 Have you ever wondered what would happen if you decided to take a sabbatical and embark on... Read More